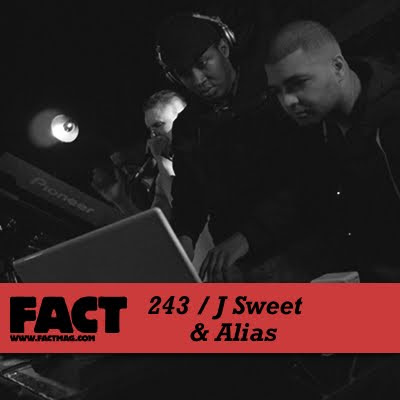 Yet another quality mix in the world-famous FACT series, this time coming from the genuine grime legends behind the Alias moniker. With their instantly-recognisable samples and growling basslines making a welcome comeback to the grime scene this year with a release on Logan Sama's Earth 616 label, this mix features plenty of new material from the outfit aswell as cuts from the likes of P Jam, Rude Kid, Royal T and Terror Danjah.

Antics' Midnite Run Sessions on Rood FM are always worth a listen, if not only for his choice selection of beats then for the guest mixes featured on the show. Killa & Instinct, TMSV and Thelem have all laid down heavy exclusive mixes for our mix series, and so come highly recommended. The tracklists, which balance old favourites and upfront dubplates, all speak for themselves and make each one a must for the download. 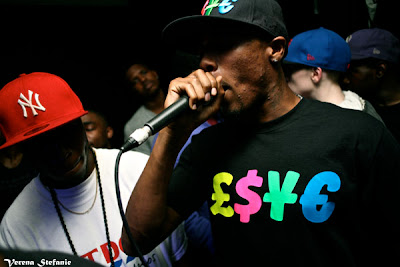 After quitting music over Twitter as a reaction to being blocked by people in the industry as well as being banned from Rinse, Marger gave away the contradictorily-titled 'Lord Of Girime'. With his characteristically aggressive flow, he rides the beat with indignation as he expresses frustration at the lack of return he is getting for putting in so much positive hard work for the grime scene and implicitly suggests his quitting might not be for good... 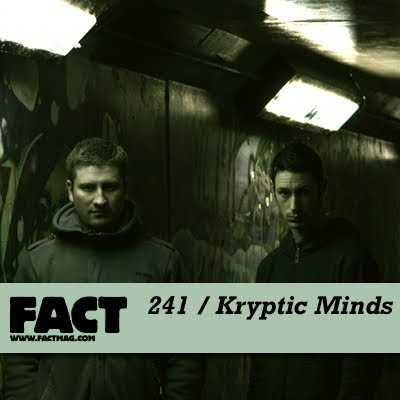 An addition to the renowned series which must have been a long time coming, Kryptic Minds' FACT Mix is a tightly blended showcase of where the duo are headed (following the recent release of their second album on Black Box Records) with regards both their own productions and the output of their label Osiris Music UK. Featuring tracks from the new album alongside forthcoming Osiris material and a stack of new dubs, this one's a must regardless of the bright summer weather. 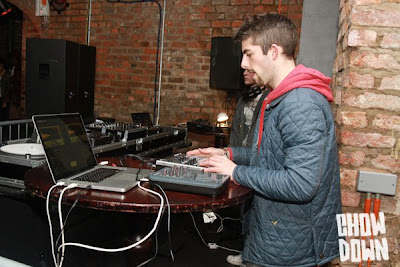 We've been predicting Damu's rise for a while now, here at Hedmuk, and a feature on FACT as one to watch at the beginning of the year and a recent appearance in XLR8R's Bubblin' section suggest that 2011 may indeed be his year. On this free tune, put up a few hours after it was built, he combines techy pads with a bending synth-line and adds in a crisp Amen break to drive it forward.
Download: Damu - Kula Cola
.Preacha.
Posted by hedmuk. at 17:23 0 comments 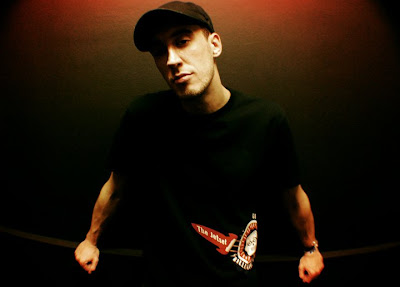 In support of his forthcoming (and long-awaited) Cerebral EP, Seven and Subway Records have given away 'Binary'; and with its ravey synth-stabs and bouncy kicks, this is a tune aimed directly at this summer's dancefloors. The EP itself is due to be released on Subway in two weeks time and features the tracks 'Cerebral' and 'Memory Loss' from Seven himself alongside collaborations with Youngsta and Elvee.
Download: Seven - Binary [320kbp3 mp3]
Download: Seven - Binary [WAV]
.Preacha.
Posted by hedmuk. at 08:01 0 comments 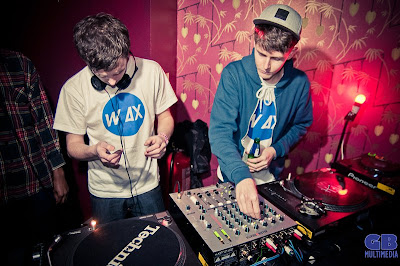 Sub.FM regular Compa drops his debut release on Inna Riddim Records this friday and to mark the occasion he's sent us an exclusive beat - 'Worries' - to pass along. Fostering a deep, edgy, sub-heavy sound, Compa's production is thwart with icy, stabbing synths, dark atmospherics and cold bass weight. His forthcoming release Dreams/Them Dogs, which comes following recent features on BBC Introducing and a set on Get Darker alongside Joe Nice in March, is no exception to this sound.
Dreams / Them Dogs is available from April 15th from all good online digital music retailers.
Download: Compa - Worries
Posted by hedmuk. at 00:00 0 comments 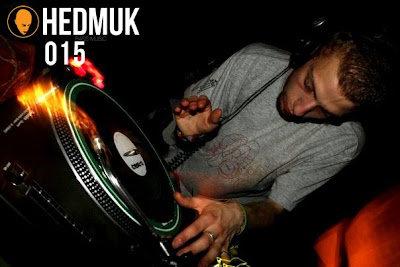 A DJ who has been on the circuit since the mid-noughties, Syte has graced numerous pirate and internet radio stations as well as the decks of some of the most influential and forward-thinking clubnights in the country whilst also putting in the work running his own label, OpenEarz, and more recently joining with Rinse FM's Crises to push the label extension of MindStep. He's currently among a selection of talented DJs fully supporting the new breed of deep producers breaking into the scene with a fresh take on the classic spacious sound. We caught up with Syte to ask him about his role within the scene as a DJ, label owner and A&R and he's also laid down a mix for our exclusive series showcasing some of the artists and tunes he's feeling.

Hedmuk: For those who don't know, what's your name, where are you from, what sounds do you push and how would you describe your mixing style?


Syte: Easy, my name’s Jim and I live just outside the north west side of London in leafy South Bucks! These days I guess I’m pushing more of the deeper end of dubstep music in my DJ sets, but in general I just play tunes with a good amount of sub-bass: that’s the main criteria! My mixing style basically reflects the sort of DJ set that I’d like to hear if I was on the other side of the speakers; I try to pick tunes that work well together and I definitely treat each set a bit like a musical journey…for the listener and also for myself.

H: When did you start mixing, and what styles were you playing then?

S: Hard to remember when I started, but the first time I really got on some decks was at a mate’s who was really into hard house. When I finally got my own decks and began buying tunes I guess it would have been about 7 or 8 years ago and I started mixing dark, freeform hardcore, some breaks and a bit of drum & bass. Someone showed me 'Midnight Request Line' and I immediately went on a mission to find out and acquire as much of that sound as possible. I hadn’t really heard it called dubstep at that time, then Mary Anne Hobbs did the now legendary Dubstep Warz show on Radio 1 and I knew straight away the sound was destined for big things.

H: Over the years you've played alongside some of the biggest names in dubstep, what would go down as your most memorable gigs?

S: Yeah I’ve been blessed to play alongside some really gifted and groundbreaking producers over the last few years. There's so many different events in different places it’s hard to single them out but I gotta big up Resonance in Reading, Infraction in Milton Keynes, BASS! in Newcastle and Dubkulture in Croydon, definitely all memorable shows. More recently I really enjoyed One Love Festival last summer and I just played in Belgium last month which was amazing: anyone heading out there check out Rotation in Ghent and Midnite Run in Brussels!

H: Having appeared on numerous radio stations such as Rinse, React and Sub FM. how important do you think radio is for the more underground genres of music unlikely to get mainstream airplay?

S: I think it’s vital for underground music because there are so many people making good music and not everyone is going to get playlisted on 1Xtra, you know? It’s definitely needed for showing the average person about new music at a grass-roots level. I don’t know if I would even have got so heavily involved with dubstep if I hadn’t started doing the regular show on React FM when it was still running and I’ve always enjoyed doing radio, it’s something I hope I can always be involved with.

H: How did your label OpenEarz get started, and what was the motivation behind starting the imprint? What are you plans for the future of OpenEarz?

S: I just got to a point where I was stepping into record shops in London to check out the new releases and wasn’t always getting that inspired by what was making it onto the racks. I originally started radio playing on an internet station run by a friend based in my local area, and Synkro also started a show on the station. As soon as I heard his tunes I knew he was going to be huge when people heard them and after the station shut down we kept in contact. He supplied the tracks for 001 in the shape of 'Rudebwoy' and 'Hornz' and I was so inspired by the sounds coming from other producers in Manchester that I signed material from Indigo, xxxy and Dom Hz for the second and third releases. The fourth release has been held up with some distro issues recently but the tracks are 'Lockdown' and 'Lykasea', both produced by Phaeleh with Jut Lew featuring.

There’s lots more material ready for release, I’m not saying too much for the time being but there will also be a digital sister label launching soon which I’m very excited about. Also, a lot of people have been asking whether digital formats will be available of the first 3 releases so I can announce that should be happening soon.

H: You're also involved with the MindStep label and collective, who are making positive moves within the deeper end of the dubstep spectrum: how did this come about, and can you tell us a bit about the thinking behind MindStep?

S: I met Crises when I was playing at Dubscover in London; we got talking and connected straight away on a personal and musical level. I joined MindStep as a resident DJ which has been a great experience and I help to promote the events which have been running in East London for just over 2 years. The idea of the label is an extension of the music policy of the events: to create a deep mindful experience within the electronic underground world. It’s also an opportunity to shine the spotlight on up-and-coming producers that deserve recognition for their craft - the compilation features several artists that won’t be familiar to some people and there’s a mix of flavours for every listener. We’re holding a launch party at Gramaphone on Friday 15th and the 17 track compilation drops the following Monday on Beatport, check out MindStep on Facebook and Soundcloud for more info! 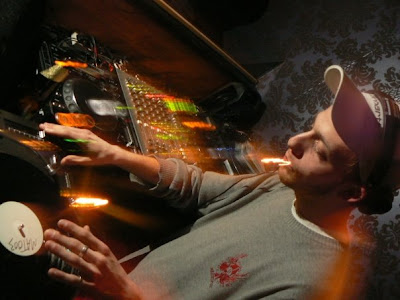 H: Tell us a bit about how you went about preparing the mix you've laid down for us.

S: I’ve been following the content here on Hedmuk for a while and really enjoyed all the mixes so far, noticing the clear emphasis on deeper, darker sounds so I really wanted this mix to reflect my interpretation of the direction that sound is heading in. Whether you want to call it 'dungeon' or something else, I really feel there’s a strong movement of deeper producers with huge talent bubbling just under the surface of the dubstep scene at the moment so I guess this mix is a showcase of some of that talent. There are so many producers whose tunes I’m feeling it could have carried on for another 2 hours!

H: Finally, is there anything forthcoming or in the pipeline that you want to put the word out on?

S: Yeah just keep your ears to the ground for announcements about upcoming OpenEarz releases, make sure you support the MindStep Music compilation and hit up my various networking pages for info about what I’m up to or to book me: big up Hedmuk!