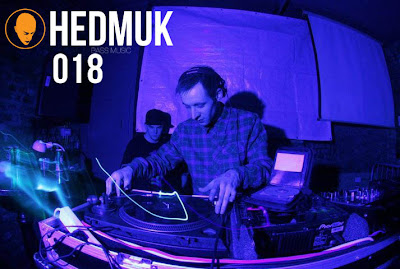 There's a lot of talent in Manchester that tends to get overlooked, but it's a testament to the city's apparently inherent passion for music that this acts less as a barrier than as a hurdle that needs to be crossed at its highest point. Biome is a producer representative of this approach in that there is nothing rushed about his work and he only seems happy if what people are hearing from him is something that he can call fully-formed. After first breaking into dubstep with the sort of big kicks and dark mid-range found on tunes like 'Sonic' he has honed his sound to something genuinely original and he's now reaping the rewards of his patience and getting regular plays from some of the biggest names on the circuit. By considering the importance of the mid-range of a tune alongside the bassline and still keeping in mind the idea of space, Biome builds that ever-elusive sense of darkness into his beats whilst maintaining the energy within them that is necessary to get people moving on a dancefloor. We caught up with him for an interview and he's also contributed the latest mix in our exclusive series...


Hedmuk: To introduce yourself, what's your name, where do you come from and how would you describe your sound?
Biome: I'm Biome, I'm from Lancashire originally but now living in Manchester. I'd describe my sound as deep, dark and sub-heavy but mostly just dark.

H: How did you get into making beats? Are you from a musical background or was it something you picked up yourself?
B: It's something I've been interested in since being about 10 years old. I was brought up listening to and understanding classical music but fell in love with hip hop from the moment I first heard Onyx and Wu-Tang. I started messing with Ejay and music for the PS1 when I was 11 and my passion for creating got stronger. I purchased Ableton when I was 14 along with Reason and started out making drum and bass with Indigo. I was messing around with production for a while and then the dubstep scene started to emerge and it was at a time where both me and Indigo were looking for something new and exciting, as drum and bass around that time seemed to have lost its edge. Since then I've stuck to making dubstep and drum and bass, but I'm definitely pushing the dubstep a lot more at the moment.

H: Where do you draw your influences from, and are they mainly musical or do you take ideas from other things aswell?
B: My influence can come from anywhere: the best influence for me comes from films as I like to create a scene with my music. I like film soundtracks and the way they are constructed. I take my drum influence from hip hop mainly as I always loved the half step swing and have never been too much into 2-step or garage because I always preferred jungle when it comes to fast skippy beats.

H: Some of your earlier releases, such as that alongside Dom Hz on Subdepth, had a greater dancefloor focus; are you still making this range of sounds, or do you tend to focus in on building tunes of a certain style?
B: I still mostly make dancefloor music, I've just matured a lot within my style. I've finally begun to really mould my sound. I'm still making a lot of mid range bass within my tunes but with a much more tasteful nature than the screeching sounds of today's jump-up scene. I like to use synthesis intelligently and create a groove around the beat with the bass as opposed to just using the beat as the main rhythm. I'm very much into the deeper side of music and take a lot of influence from Indigo and Synkro and the music they play me, but I take that and interpret the sound in my own, usually darker, way. I've got a Mindset release forthcoming which I think will show another side to my production, a lighter and slightly more emotional style of production.

H: Having been hailed as criminally underrated for so long, how does it feel to be breaking onto the scene via Youngsta's revered Rinse slot?
B: I'm pleased with how things are going at the moment. Youngsta's helped me a lot with feedback and promoting my tracks on Rinse: he's the one DJ who's always played the sound that I was massively into. I've always been into the techy side of music, coming from a D&B background and being heavily influenced by producers like Calyx, Teebee, Silent Witness, Spor and nowadays especially Noisia. I wanted to recreate this sound within dubstep but on a deeper, dubbier level and Youngsta was pretty much the only main DJ on the scene playing that style so it was good to link with him; we're definitely on the same wavelength when it comes to music so we get on well.

H: Manchester is a city brimming with talent, yet it seems to be continually overlooked: what would you put this down to? With similar situations in both Leeds and Birmingham, do you think that the student-dominated/oriented nightlife of these cities is a major factor?
B: I'd say that as dubstep has been evolving it's taken time for producers from other cities to get involved due to it starting out as a London scene. As time has passed I think it has become a lot more open to producers all over the country and world. If the music's good and it's pushed with the right people it usually gets out there. I would say that within the Manchester club scene it hardly seems worth booking anybody but the really big names as it is student dominated and the crowds go for the names they know. It's more likely that Manchester artists get better gigs outside of Manchester. There is certainly a lot of talent within Manchester and other parts of the country but there is a feeling that you still need a helping hand from people primarily on the London scene to get you noticed.

Music should be universal and not really seen as a 'Manchester sound' or a 'London sound' etcetera. All music has to originate from somewhere and there will be a reason why a certain style has come from a certain background and the influences it's taken from that. I think within Manchester there's a much bigger call for the deeper soulful side of music because that seems like the main influence around us, and something I certainly draw a great influence from myself.

H: Talk us through how you went about putting together the mix you've done for us.
B: I went along the lines of a more listenable mix for this: strictly 140 dubstep but crossing a lot of sub genres within it. I wanted to show the true extent of my sound and also represent the artists whose work I'm massively into. I've tried to make it a journey of sound so it's not just bangers throughout or deep and musical throughout but a mixture of it all taking different directions to the groove of the mix without losing energy or interest.

H: Finally, are there any forthcomings or anything in the pipeline that you'd like to put the word out about?
B: I'm in talks with a few different labels at the moment; nothings 100% yet but there should be some big releases heading out soon and one to look out for is the next Mindset release.