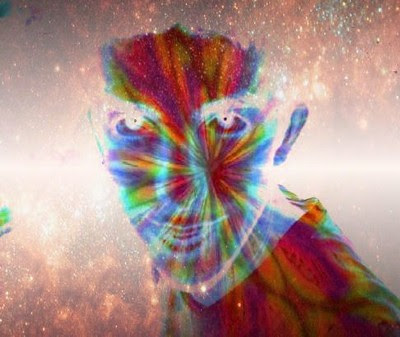 Post-2009, UK bass music found itself in a funny position: with dubstep creeping ever nearer to properly breaking into the mainstream, grime actually being really good and exciting again and even drum & bass taking innovative steps into the future, it seemed like anything could happen. Perhaps the most interesting development was that of the constantly un-termed techstep/dub-techno/funky-tech/deep house sounds coming from the likes of Flying Lotus, 2562 and Four Tet. However, it was not the fact that any of these acts were new faces (as many of them actually weren't) but that 2009 saw them properly come into their own in making a recognisable and relatable sound. Thus, 2010 was ushered in by a listening audience who were just as happy to enjoy intriguing club experiences as they were to be entertained. Damu is undoubtedly a direct beneficiary of this development, as he strives to produce music which challenges its audience to be intrigued, and even occasionally confused, by what they hear...

Damu: I’m Sam, I’m 20 and I live in sunny Manchester, originally from the countryside.

D: I’ve been making various types of music since I was about 14, although I’ve only really been doing the more laptop/electronic side of things for maybe a year and a half, seriously for about a year. It’s been an intense year though. I got really into dubstep a few years ago, but I started out making jungle. I fucking love old school jungle and it’s still probably my favourite thing to dance to, as well as being the only thing I have a decent vinyl collection of.

D: I guess so, yeah. I’ve been playing instruments since I was about 6. I’ve always liked playing piano, guitar and drums. My room is littered with little percussion instruments and knackered keyboards. I used to be in a few bands, I used to do the ‘production’ on my computer, so when I got into more electronic music I just kind of drifted into Ableton and stuff from that. I really think that the more I get into music production, the more I can identify with it and the people associated with it, and that’s really nice.

H :You seem to bear your influences strongly, which artists in particular have affected your approach to your music?

D: I love Animal Collective and Flying Lotus. They have a real mastery of creating nice sound rather than just parts of a song that stick to rules. I’ve just bought a new toy, a sampler and I’m really looking forward to getting that going. It’s sometimes hard to keep the organic side in the music when everything’s on the laptop and that’s something that’s important to me. I guess I’ve just kind of slipped into making house-y music, it’s just a sound and BPM that appeals to me. It has room for musical elements to breath but also a smooth, danceable rhythm. Obviously I listen to a lot of Rinse FM DJ’s and I’m a big fan of the Hyperdub, Nightslugs, Brainfeeder, Applepips and Minus Labels; along with the Rinse stuff, they probably make up the better part of my favourite contemporary electronic music. I always have a few different projects going on, they probably bear my influences in different ways, but I always try to make it as clear in my music as possible that, basically, I love music in all its different forms. I’m very fond of hip-hop, techno and classical: anything from Disney to death metal, to be honest. I should start posting some piano compositions or something. I’m a real advocate of producers who create a distinctive sound, that’s something that Actress, Zomby, FlyLo, Burial and Four Tet all do really well. You can really hear FlyLo’s musical upbringing and the heat and sweat of the place he was recording in in his productions. That shows real class and it gives you something special to work within. I only hope I can get better at it in future.

D: Manchester has definitely had a big influence on me. There’s always so much great stuff on here. Hoya:Hoya, Hit’n’Run and Sicknote in particular have been three nights I always hear inspiring new music and meet people who’ve helped me on my way. I definitely think that the mood of the place you live in definitely affects the music you make aswell though.

H: Which producers are currently interesting you, or even inspiring you?

D: I think the Nightslugs label has it going on at the moment. Dubbel Dutch, Deep Teknologi, Brackles and Kyle Hall are all doing it for me. The new Actress album, ‘Splazsh’, is fantastic, as is the new FlyLo LP. In terms of inspiration, I love Zomby. I saw him live a couple of weeks ago and his new stuff was so good I don’t know whether to laugh or cry. Anyone who can use a fresh/abstract noise, make it melodic and make it their own, I will pretty much be all over. When I can do that, you know I’ll be nearly happy. I love what Flying Lotus does live, if you’ve not seen him, I highly recommend him. He really brings a creative element into live electronic performance and his shows are just crazy as a result. I’m working on doing something kind of similar. I just find myself listening to loads of old school deep/Chicago house at the moment: it’s relaxing, well-made and just generally smooth so you can’t go too far wrong.
2010.


H: Have you got anything coming up yourself (live dates, releases etcetera) in the near future that you'd like to do some healthy plugging for?

D: Keep checking my Soundcloud, people. I’m always putting new stuff up there. I’m working on a live AV show at the moment; so look out for that when it’s ready. I really just want to keep working on the tunes so I can get something signed when the time is right.

Damu has put together an exclusive mix for us, blending a selection of his current favourite tunes and biggest influences in fine style:
Download: Damu - Hedmuk Exclusive Mix