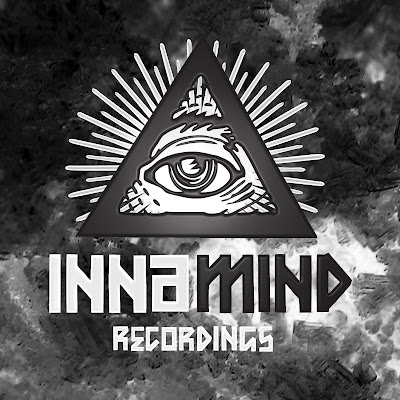 Innamind Recordings step up to join the likes of M.U.D, MindStep and Sub Lab in providing a new platform for some of the up-and-coming artists who are pushing some of the more sub-driven productions from within the dubstep spectrum; and with the masters for the new imprint's debut release having been on repeat here at Hedmuk over the last week, we are excited to announce that it will be dropping on the 12th of December. With more exciting releases in the pipeline, including full vinyl releases, Innamind is certainly worth keeping an eye on.

The first release will be an eight track digital compilation featuring tunes from Perverse, Percept, Formless, Arktrix, J-One, Dr. Hugo, Ghost Note, Gantz and Wheeler; previews of which can be heard on the Innamind Soundcloud page. The release is to be made available first via Junodownload and then other outlets.

To help launch the compilation, we've linked up with the label to offer the chance of winning a fresh Innamind T-shirt and a bunch of stickers will go to runners-up aswell. To be in with a chance of winning an Innamind t-shirt and stickers, just send your answer to the following question to hedmuk@gmail.com with the subject 'Innamind Competition':


In which southern hemisphere country is Innamind Recordings based?
(Competition closes on the 16th of November, on which date the winners will be notified and their postage details/sizing requested).


As a further gift we're also giving away this murky bit form Arktrix, who is also the man behind the excellent 45hz blog.