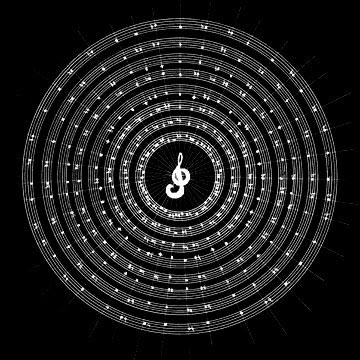 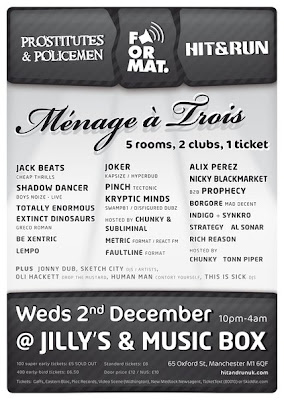 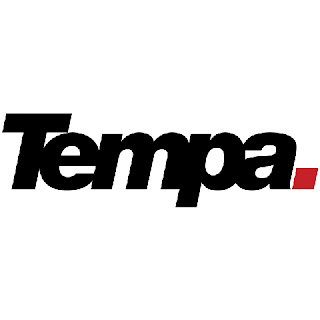 This month has seen the long-awaited release of the seventh installment in Tempa's highly influencial 'Dubstep Allstars' mix series, and the slightly tepid reception enjoyed by the Appleblim mix preceding it immediately sets a tune-selection challenge for the latest hands at the mixing desk. Chef (CD1) and Ramadanman (CD2) are those tasked with building the sort of tracklist that dubstep fans have used as a reference point for the best tunesmiths around since the series' beginnings in 2003, and their task is not an easy one. It might be argued that Appleblim's mix for Volume 6 was a fitting reflection of the way in which the genre was being pushed forward, but that it fell to largely deaf ears as the 2007 release of 'Fabriclive.37' convinced newcomers to the sound that it was all about, and always would be about, wobbling basslines and Guy Ritchie movie samples. That said, it would perhaps also be fair to say that the extremity of the shift from N-Type's more classic dubstep stylings on Volume 5 to the blissed-out, ambient sounds of Volume 6 was too much; even that the progressive school of electro-dubs being represented by Appleblim's mix had not yet proven itself as truly warranting its own dedicated release. Regardless, Appleblim's mix (not unlike Kode9's Volume 3 mix) certainly pushed the boundaries of what people thought of this awakening genre's potential and set an interesting prospect for fans awaiting Volume 7: would the series become a dedicated outlet for progressive, ambient dubstep? Would 7 bring another prediction of where dubstep was going next? Or would a safe card be played, wheeling out a mix populated by familiar faces? In fact, what has resulted is more ambitious than each of these things as the two CDs present something of a combination of all of these things. Of course there are familiar names (Skream manages to retain his status as the only producer to have featured on every mix in the series), but they do not serve to drown out the sounds of the younger names coming in behind them. Although not dedicated to the ambient sound, Volume 7 certainly serves to give a picture of how that particular scene has expanded: this is evident from Ramadanman's ability to include almost ten more tracks on his mix than Appleblim and, furthermore, to avoid holding each track in the mix for too long. This installment is also, arguably, making a prediction as to where dubstep can move to from here. While Volume 6 nailed a single set of colours very firmly to the proverbial mast, this edition picks and chooses from the stronger aspects of the genre and represents each one: ambient, junglist, dirty, deep. To call where the genre will actually go is nigh-on impossible as its outward acceleration appears to be continually increasing, yet, on the basis of Tempa's previous record alone, it could be done worse than to place trust in the ideas presented by this latest release. 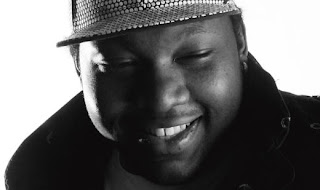 Chef's mix for the first CD is very much in tune with his accomplished style of live mixing, cutting and splicing tunes with a practised ease. Although this perhaps might not be suited to the deeper, down-tempo tunes which open the mix, his technique certainly contributes to a noticeable build-up of energy as the set progresses. Tune selection is extremely varied in terms of the different styles of dubstep being played, yet it remains almost immaculate with barely a single dud track to be found. As has become commonplace with the Allstars series, exclusive tracks are littered throughout; notable tracks include the hard-hitting, hip-hop influenced 'Think Ur Greazy' from El-B; Benga's electro-tinged 'Man On A Mission' ; and the aquatic trip of Silkie's '51 Times Stronger'. Obviously there is included a selection of the current crop of scene-dominating rave tunes ('The Future'; 'Seeeerious' etcetera), but, thanks to Chef's mixing style, they remain fresh.

stands in firm contrast with that preceding it: an ambient intro leading into the echoic-bongo-led 'Beacon' (Untold & D. Franklin) is an early indication of where this mix will lead. However, these ambient tones need not be foreboding to the listener dissapointed by Appleblim's mix as Ramadanman appears keen to show that the ambient-progressive sound need not be purely 'headphone music'. His mixing style is one from which extends a careful building of energy as each track brought in adds a new textural layer; so sounds are constantly being built upon each other, giving the effect of a gradual, but noticeable, quickening of the pace. This CD is certainly one which must be heard as a complete mix, however noteworthy tracks here include a classic rolling-bass piece from RSD by the name of 'Over It'; the scattered beats of Compound One's 'Space Odyssey'; and the panpipe-sampling sounds of Footsie's 'Pissed'.

So, perhaps not the genre re-defining opus that some expected, but 'Dubstep Allstars: Volume 7' is certainly a worthy addition to the series.

Arkist is a producer on the rise. Favoured by Appleblim and Wedge, with the latter inviting the "new talent from Bristol" to co-host his twice monthly sub.fm show last month (http://www.sendspace.com/file/tc95ng). His Bristol debut, playing alongside Tes La Rok and Bar9 at the Penguin Dance on the 9th of last month came days after the aforementioned Radio slot, and this was followed up with a set alongside Komonazmuk, Appleblim, Gatekeeper and Wedge at Lab in Bristol. With no official releases as yet, Arkist is one to watch, especially so as collaborations with Komonazmuk amongst others have been promised.


http://www.myspace.com/arkistuk
Posted by hedmuk. at 05:58 2 comments

What does Smith and Mighty, RSD, More Rockers, Jaz Klash and Blue and Red, have in common? The answer is simple- Rob Smith.A multi-talented musician, DJ and remixer, Smith is an integral part of the Bristol sound as it is known today. Listening to Smith's output from his different groups and pseudonyms theres a real sense of diversity and depth in his music-the smooth reggae sounds of Blue and Red, the Deep, progressive, dub influenced sounds of RSD, the fusion between Jungle and Dub you find in so much of his More Rockers and Jaz Klash output. And then there's Smith and Mighty, forever part of the Bristol scene that fused together the local reggae and dub sound system culture with hip-hop elements, to create the trip-hop sound. As Peverelist announced last week, Punch Drunk's sister Label, Unearthed, will be re-releasing classic Bristol sound system anthems from times gone by. The first release will be from Rob Smith's Smith & Mighty pseudonym with 'Bass is Maternal' / 'U Dub.


Continuing from Peverelist's start, here are some other R.Smith tunes worth listening to: