Tes La Rok taking over on the buttons (again) 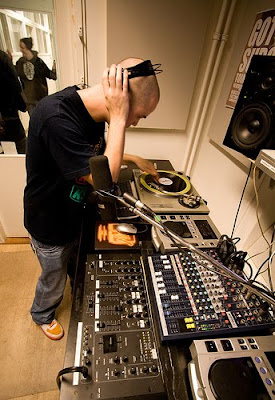 Tes La Rok has always garnered suitable amounts of interest from fans in the UK as he was one of the first examples of genuinely good dubstep producers flourishing from overseas (with the man representing Finland). Arguably his biggest release to date is the much hyped remix of Uncle Sam's 'Round The World Girls', which featured on Caspa & Rusko's hugely influential FabricLive. 37 mix, however his original productions show an interesting range of diversity. One thing common to nearly all of his tunes, though, is the obvious influence of the dub tunes from which dubstep takes its moniker. Often using samples and working them into tunes flecked with off-beat organ licks, he achieves a balance many producers can't. His next release (the final one before his much anticipated long-player, which is expected to drop sometime this year) is a perfect example of his combination of old school jungle-dub sounds and pitch-bent bass tones. A remix 12" featuring his reworkings of Mungo's Hi-Fi featuring Brother Culture on the A-side and Top Cat & Jack Murda on the flip is forthcoming on Noppa Recordings in April/May of this year. The A-side is a tune clearly aimed at the floor, with a slow-building, junglist-style intro and huge bent drops; whilst the B-side shows his ability to make tunes for the living room aswell, as it leans far more on its dub influences. A knock-on effect of the release is, perhaps obviously, to raise the stakes for the album to come, which HEDMUK is looking out for with increasing anticipation...
Mungo's Hi-Fi (feat. Brother Culture) - Wikidness (Tes La Rok Remix)
Top Cat & Jack Murda - Drunken Master (Tes La Rok Remix)
His mix for the excellent FACT Magazine is also definitely worth a cop:
http://www.factmag.com/2009/03/04/fact-mix-32-tes-la-rok/
.Fukhed.
Posted by hedmuk. at 16:20 0 comments

You will know by now that Gravious is a HEDMUK favourite, so imagine our joy at discovering his latest mixtape for Little White Earbuds:
http://www.littlewhiteearbuds.com/lwe-podcast-43-gravious/
Posted by hedmuk. at 08:49 0 comments 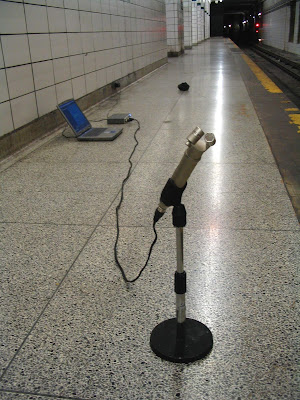 With old-skool garage being heard more and more in the clubs of late, it seemed fitting, way back in July '09, that one of the legends of the deep garage scene would be refreshing the presses with new output on his own Ghost Records imprint. Making his Manchester debut (of sorts: he was booked for a night nearly two years ago but managed never to arrive) at DrumClinic on Friday of last week, El-B's set was a perfect blend of classic tracks such as 'Buck & Bury', 'The Club' and 'Neighbourhood' alongside a selection of more recent bangers (i.e. 'Tron') and exclusive forthcoming tunes. Catching a word with the man himself after his set, HEDMUK quizzed him about the official release date of the much whispered about 'Nu Levels' compilation, its launch and, perhaps most excitingly, his collaboration with serial socialite Burial. The collection, he said, is set to drop in the second week of April (beginning on the 5th), the date being marked with a Ghost Records showcase at Fabric. Speaking vaguely on the collaboration, El-B commented only that "you can tell which bits I've done, and what he's done", which promises something particularly interesting as Burial has previously been open about the influence El-B has had on his own productions, particularly in terms of percussion. So (nearly) a date for the diary then, and if not, just cop this one instead: http://www.boomkat.com/item.cfm?id=163757
.Fukhed.
Posted by hedmuk. at 12:31 1 comments 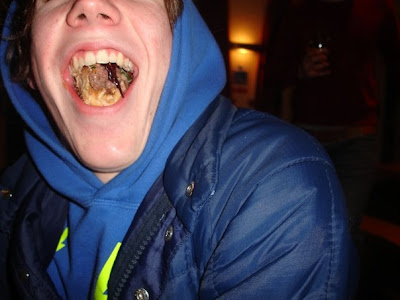 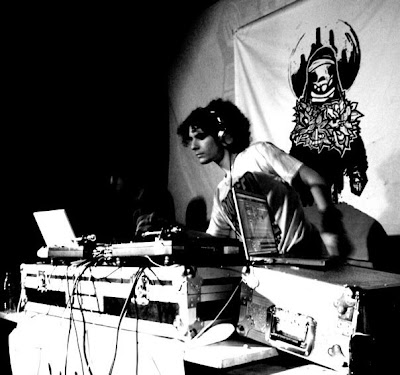 Maybe it's youth, maybe it's the luck of the draw with which city's hospital you were in when you fell into the midwife's arms, or maybe it's that most terrible of abstract concepts: instinct. Regardless of the correct answer, some people just seem to have their head in the right space, an index finger bumping along to each beat of the pulse and, most importantly, their feet firmly on the ground. Joseph McGann, or Kähn as the posters would have him known, seems to be the entertainer of a rather subtle blend of those factors mentioned above: irritatingly young, at the tender age of 21 (if, in a post-Skream world, such a claim can really be made) and hailing from Bristol, most things seem, so far, to have gone his way. Working with and running Bristol nights Sureskank Convention and Shäkoom respectively, his productions cover the full range of intelligent bass music; blending aspects of Dub, Garage, UK Funky and the deeper, darker and denser end of the Dubstep spectrum to create a consistently intriguing sound. Having been producing for around three to four years now, he looks set to push out from the Bristol scene of which he has become such a part of as he offers the sort of diversity in his production which, up until very recently, there was no real demand for. As more nights (significant in being the best place to hear the newest tunes) begin to devote themselves less and less to a single particular style and rather present an increasingly wide selection of genres, opportunities for producers with strength in diversity (Scratcha DVA being perhaps the most prominent example currently) are growing.

This month sees the first in a series of mixes from the aforementioned Convention courtesy of Kähn (and Cölouryüm blog), and includes a whole of host of his own original productions; demonstrating the full spectrum of both his influences and abilities: 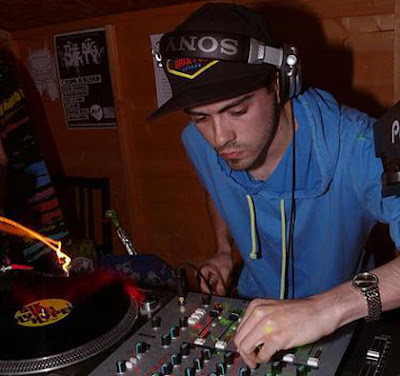 It's hardly new knowledge that Oneman is to grace the cover and decks of the next mix CD from the UK's most successful pirate radio station: Rinse FM. The honor for a DJ or MC of a show on the station is one which is perhaps only topped by being asked to mix a CD as it is no longer simply a question of playing a selection of tunes representative of a personal radio show, rather it is the challenge of producing a tight mix reflective of the world-famous station's output which is laid down. Oneman's skills cannot be doubted as his ability to slickly blend genres and course through a whole range of BPMs in any set is almost unrivaled; yet this also presented the query as to what his offering for this latest in the influential station's line of mixes would truly represent: 2-step? Garage? Dubstep? UK Funky? Deep House? At least some of the anticipation stirred by this has now been quelled as the tracklisting has been released, and a release date scheduled for March 1st:
Rinse 11: Mixed By Oneman

The man Blackdown also provides an extensive interview with the boy Oneman, gaining comment on everything from DJ tips and technologies to getting locked inside pirate radio stations and girly garage vocals: 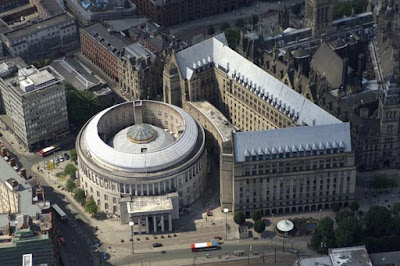 Never a city to be left behind when it comes to its music scene (if we can excuse the occasional bunch of Oasis-alikes or Madchester revivalists), and its bass music representatives are currently pulling their growing weight in maintaining this reputation. Local DJ/producers Rich Reason and Al Sonar continue to bring in the heavyweight DJs and producers from the often intertwined spheres of Drum & Bass and Dubstep with their weekly clubnight Hit&Run at Area 51; the base that this provides for other, smaller clubnights is an essential ingredient for the development and progression currently evident in the city's music culture. Whilst The Guardian runs features on the latest crop of forward-thinking Manchester bands (Delphic, Egyptian Hip Hop...), a select few individuals are continuing to push boundaries with music for the dance, in all its various forms.
Local boy and co-promoter (alongside Jonny Dub) of the Saturday night Roadhouse clubnight Hoya:Hoya, Illum Sphere, is currently residing among some of the most tipped artists for 2010 after not only being included in FACT's annual predictions, being selected for the Red Bull Music Academy and having his 'Long Live The Plan' EP as a featured release on Boomkat in January. His 'next-level' beats (unfortunately, for the purpose of these words) genuinely defy genre through their innate experimentalism. This was particularly noticeable on his remix of Martyn's 'Brilliant Orange', which transformed three minutes of little more than stringed chord progressions into a fully fledged tune. With the digital release of 'Long Live The Plan' forthcoming, and an album in the pipeline, Illum Sphere could well be one to watch.
Illum Sphere - Agent White
.Fukhed.
Posted by hedmuk. at 10:38 0 comments