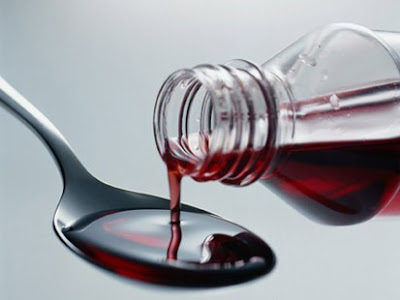 Ears to the ground... 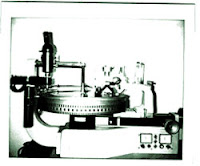 Dubplate culture, although enviable for its sentimental value, is an exclusive one; the result of this being that many tunes never actually get a full release. Example: the VIP of Giant's banger 'Drumstick' was, when first played out, generally hailed as one of the best VIPs to be produced. Obviously, DJs and fans across the country begged for its release, but to no avail. The original tune was put out on Hench and that, it still seems, was that. However, there are definite positive aspects to this which must be noted. Firstly, the dubplate format is cheap enough to encourage producers to be more prolific and, furthermore, put much of their output onto wax to be played out by whoever is lucky enough to be getting a steady supply of these 'plates: this keeps the scene fresh. Secondly, hearing tunes played out on dubplate raises anticipation for tunes getting a full release; and these first few months of 2010 are looking ripe for such releases:

Since the first airing of the smoke-drenched vocal that introduces this tune, 'Badman' has been on the wishlists of any and all fans of a deep, threatening bassline. The fact that N-Type, arguably the best tune selector in the game, chose to open his mix for Rinse 09 with it is testament to its weight. Yet, it did not make an appearance on 'One Of Us' (Kryptic Minds' outstanding LP released late last year on CD and to be pressed to 3-piece vinyl for early 2010). Dissapointment was not to be shouldered for long, though, as 'Badman', it was announced, was to be given its own release shortly after the album. Bad pressing, however, forced postponement on the release until early 2010 which, unless we are very much mistaken, is now. So: ears to the ground for this one.

This one's on a grime flex, but is surrounded by similarly vague release news. Featuring as the instrumental for Scorcher's 'Spartan Gang', this tune can be heard in use as an instrumental countless times on any grime radio show. Despite the Kid's trademark "are you ready?" sample making consistent appearances in grime sets, he is also notorious for keeping his tunes to himself and putting very few out on general release. 'Electric', however, has been flagged for release this month on No Hats No Hoods. So: ears to the ground for this one.

Less ambiguity about this one, but certainly more anticipation as Hatcha (with easily one of the most upfront boxes around) and N-Type (also with a steady stream of dubplates coming his way) collaborate again for the second installment of 'The Croydon Dubheadz'. With the first installment housing its fair share of exclusives from some of the scene's biggest producers, the second looks to continue this idea. Hatcha revealed that the forthcoming double-pack will feature tracks from: Skream, Loefah, Hatcha, Kromestar, Lost, LD and Cluekid. Whilst lips have remained tight as to which tracks will appear, both Hatcha and N-Type have exercised their exclusive rights in playing tunes from the double-pack on their radio on shows on Kiss and Rinse FM respectively: Cluekid puts forth another unique blend of spacious, squelchy bass with a tune which apparently combines his early 'Toadstep'-era tunes with his more recent junglist output; Kromestar has, it would appear, found the middle ground between the deeper, ambient sounds of 'My Sound' with the thinner, more aggressive textures of his 'The Other Syde' collection; Hatcha's effort is a dark stomper in the form of a tighter, heavier take on tunes such as Coki's 'Goblin'. According to N-Type, pressing is now complete and the double-pack waits now on artwork and distribution only. So: ears to the ground...

Having correctly predicted the rise of producers such as Cooly G, Kowton and Mount Kimbie in 2009; FACT are at it again. This time however, each producer has done a mini mix showcasing their tunes. HEDMUK particularly likes Numan Khan and SRC, but thats just our opinion, isn't it. Check out all the producer's in part one:
http://www.factmag.com/2010/01/14/10-producers-to-watch-in-2010-part-one/
And part two (featuring Manchester's very own Illum Sphere):
http://www.factmag.com/2010/01/22/10-producers-to-watch-in-2010-part-two/
Posted by hedmuk. at 05:12 0 comments

A recent article in the New York Times in which M.I.A's native Sri Lanka was numero uno of "The 31 places to go in 2010" was the apparent influence for her new track. Angered by the article M.I.A responded in two ways; first uploading gruesome images of dead bodies, apparently victims of civil war, lying on the apparent "pristine coastline", and the second was to call up Rusko to produce her new track entitled "Space odyssey". The dubby track, finished this Monday, will feature on her forthcoming album due this summer according to her label Interscope. Yeh boy!
Posted by hedmuk. at 09:10 0 comments

Way back in the relative warmth of pre-snow December, Mary-Anne Hobbs challenged Starkey to build a beat in just 2 hours, live on air and from scratch -using loops and samples sent in by listeners. Last night, joined by producer/percussionist Reso and vocalist Anneka (whom Starkey handpicked for the project), the challenge was met with quite beautiful results.
The whole show: http://www.bbc.co.uk/programmes/b006wqb7
Listen to the finished track here:
http://downloads.bbc.co.uk/podcasts/radio1/_ood/starkeymah/starkeymah_20100114-1207.mp3
Posted by hedmuk. at 08:13 0 comments

Skweee: a low-tech funky/dubstep hybrid from Scandinavia which is surprisingly listenable and in places not too far from any Hessle audio or Hemlock output. More information can be found at skweelicious, http://skweee.com/let-skweeedom-ring , the blogging authority for all thing skweee. There's also a really nice introductory mix to skweee which I borrowed from the good people of Sonic Router. Enjoy:
DOWNLOAD: Stickem - Let Skweeedom Ring
Posted by hedmuk. at 03:45 0 comments

Unearthed, as your remember, is a new sister label from Punch Drunk Records reviving classic Bristol soundsystem anthems of the past. Following the positive feedback received by the labels first release, Smith & Mighty 'Bass is Maternal' / 'U Dub' (Unearthed 002), Peverelist has chosen to stick with Rob Smith's music as his 'Living in Unity' along with Smith & Mighty feat. Fiji 40 'B Line Fi Flow' gets the remastering treatment. Pure fyah!
Posted by hedmuk. at 03:27 0 comments

Joe Nice, our favourite DJ from across the pond, has put together the first mix of 2010 for his show on Gourmet Beats (http://www.gourmetbeats.com). As always with Mr.Nice there's a ridiculous tracklist and some insane dubs: worth a listen.