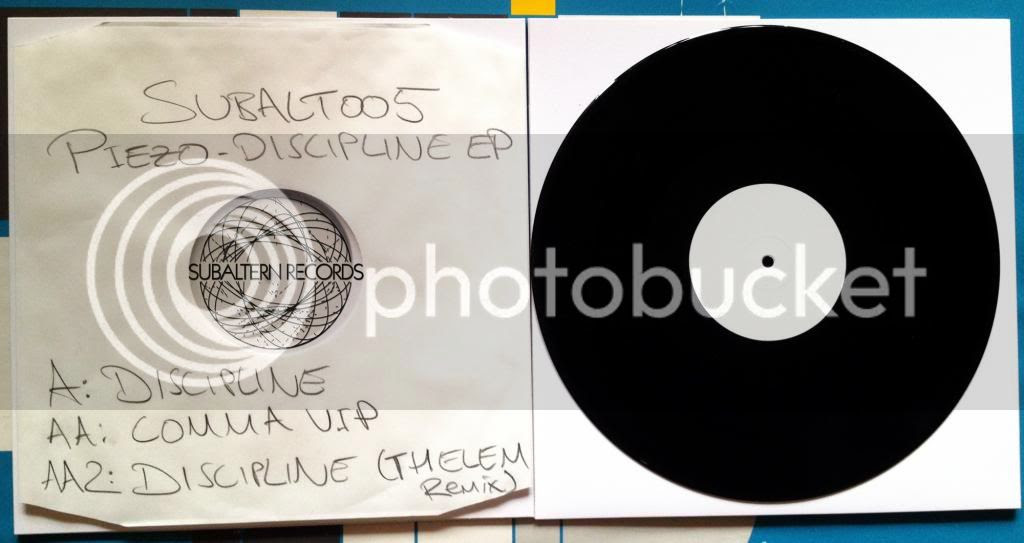 It seems like a while since our last competition, so it's good to be returning in support of such a strong release from one of the hardest working new labels around. Due on vinyl on the 26th of May, and with Juno hosting the digital version exclusively on the from the 2nd of June, Subaltern's fifth release is perhaps their strongest yet, which is no mean feat considering a healthy roster of previous contributors which includes D-Operation Drop, Geode and LAS among others. Piezo's three track EP for the label - which includes a remix from Hedmuk mainstay Thelem that threatens to upstage the main event - sees the Italian producer/engineer flexing his acute attention to detail and drawing intricate grooves from the 140 template. It's refreshing to see a producer demanding more, and achieving so much as a result.

We've linked up with Piezo and the Subaltern crew to offer up the chance to nab a Test Press of the release ahead of its being available in shops. To enter, simply head over to the Hedmuk Facebook Page and follow the usual Like & Share instructions. And if you're still anxious to get your hands on an early copy of the 12", then you can grab a promo copy from the Subaltern online store.

The competition will end on Sunday the 18th of May, on which date a winner will be selected at random by an independent third party and announced via Facebook and Twitter.