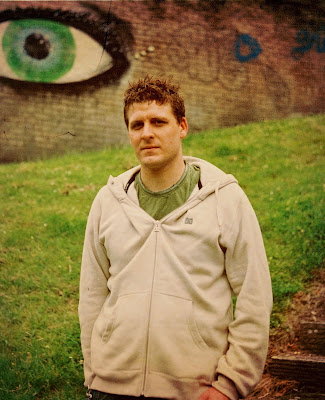 In support of his recent release on the relaunched Soul Motive label, which has previously brought releases from the likes of TRG and Joker, Coleco has given us this free tune to offer up as an exclusive free download.

With this EP following up from his huge 'Joke / Thinner' release on Skybrid Audio and the critically acclaimed Martyr EP, released earlier this year on Thelem's Orientis imprint, Coleco continues to carve a unique path through the arguably muddled world of bass music: combining genuine musicality with dubstep and breakbeat sensibilities, his productions carry a very particular, and instantly recognisable, edge and energy.

'President Tune' is driven by snappy breaks and a fainting synth while the bassline is plucked out beneath. With a slightly dark edge, the tune progresses through almost cinematic peaks and troughs before falling apart into echoes at its close. 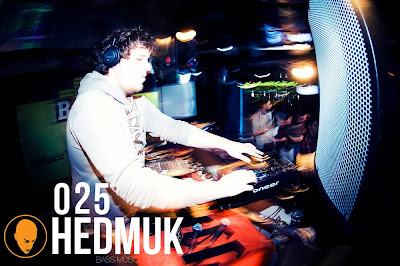 Since appearing on the scene only a matter of months ago, Killawatt has had a presence that has been hard to ignore: with tunes being snapped up for release by almost every well-respected label around, he is soon to be boasting a very impressive back catalogue. With an incredible work-rate and level of productivity he has been quick to carve his own niche, producing a unique take on the rolling, techy dubstep sound.

With DJ support from the likes of Youngsta, N-Type, Distance, Skream and Benga he is certainly one to be keeping an eye on. We caught up with Killawatt to ask him some questions and he's also recorded a mix to take the #25 spot in our ever-growing series.

Hedmuk: For those who don't know, what's your name, where do you come from and how would you describe your sound?

Killawatt: I'm Matt Watt, aka Killawatt, and I'm from somewhere near Norwich in Norfolk. I've just moved back here since being at Uni in Guildford.

I'd describe my sound as a combination of tribal percussion, rolling subs and dark and cinematic ambiences (most of the time anyway!).

H: When did you start producing beats, and have you always made music of this style?

K: I can't really remember when it was exactly that I started making beats properly. I suppose I'd messed about on Reason when I was in 6th form about 5 years ago, but I never really knew what I was doing or what I wanted to do. It wasn't until my 2nd year of Uni, about 2 years ago, that I started producing seriously. I'd made a fair few old-skool-sounding jungle tunes the year before that, when I was involved with Satta Sounds, but that was never particularly challenging because of the fairly simple aesthetic of jungle.

My old housemate, Jack aka Ipman, got me into dubstep and started making very dubby sounding tunes inspired mainly by people like Radikal Guru, King Tubby, RSD, Scientist etc.; but that style is very limited so I took the darker, techier sound and it's all escalated quite rapidly from there.

H: You've very quickly established a name for yourself and have tunes signed to some of the most respected labels around (such as Wheel & Deal, Box Clever, Boka and Subway): how did this come about?

K: Well it all started with N-Type's initial support of the first darker tunes I wrote. I just sat down and told myself I was going to write a 4-track demo to send to labels, all based around a similar theme. I sent it to N-Type, he really liked 3 of the tracks on there ('Capa', 'Selenium' and 'Shakuhachi') and that was that. That really gave me the confidence to get on with promoting myself a bit more and also to write more tunes and develop my own style. I think the main key to securing all these signings is the amount of tunes I write: I don't really have anything else to do so producing is pretty much all I do.

I'm incredibly grateful for all these labels wanting to put my music out. If you'd asked me a few months ago if I thought it would be like this I would have just laughed at you, it's quite overwhelming how quickly it's all happened!

H: How does it feel to have the likes of N-Type, Skream and Benga playing your tunes on radio?

K: It feels incredibly satisfying. Getting plays on Radio 1 was especially satisfying since it was a complete surprise to me. I think it was Murky who told me about it: I probably wouldn't have known otherwise. I've got to thank J:Kenzo, Youngsta, Distance, T_!, Bunzero and Crises for further radio support as well!

H: With such a fast rise into the limelight, do you feel under pressure to keep upping your game?

K: Yeah I do but not from anybody else, only myself. I'm constantly pushing myself to write more and more stuff, if I go a week without finishing anything I feel like I'm slipping behind but then I have to make myself stop writing so I don't just run out of ideas and inspiration and get frustrated. I think it's natural for people to want to up their game all the time though really, especially if it's something that you want to take seriously as a career. I want to be able to produce for other artists and do soundtrack work in a few years time like Photek and Amon Tobin have done, and to be able to do that you have to really push yourself to learn all the time about different aspects of music and production and I see dubstep as my initial starting point. I do have to tell myself to be patient with it a lot of the time because I want to be able to do that now, but I've only really been producing for a couple of years and those guys have probably been at it since before it was born!

H: How did you go about putting together the mix you've done for us?

K: I've been wanting to do a mix purely consisting of my own stuff for a while, but I've never had enough tunes that I was confident about playing out or including in mixes. Now I have enough tunes to do this. I also wanted to represent Ipman's tunes because I think he's a sick producer and needs some more airtime. There's our collabs in there and a couple of collabs I've done with Thelem also. I'm hoping it'll give people a good idea of what my sound is and show that I like to change things up a bit too.

H: Finally, are there any other forthcomings or anything else you'd like to put the word out about?

K: We've just finished collating my 2nd Wheel & Deal release, which I'm excited about! I also have finalised forthcoming releases on New Moon ('Reason To Worry', 'Swarf', 'Too Dark'), Loft Party Records ('Interplay' and 'Binary'), Box Clever ('Mantra' and 'Schitzophonia'), BLKBXXX ('Sidewinder' and 'Sidewinder (Ipman Remix)'), 'Xibalba' is the B-side to Ipman's Boka release, Subway Digital ('Critters' and 'Floating Weight'), 'Conflict' is due out on a Requiem Audio 12" with a DJ Madd and Matt-U tune and I should have another batch of 12" releases to announce in the next couple of months too so watch out for them.

Should also have a few collaborations with the likes of Biome, Matt-U and Phaeleh hitting the airwaves very soon, as well as a few remixes. Going to be remixing Radikal Guru for his album remix EP due out on Moonshine in January too which is quite a personal thing for me as he was the one that really hooked me into dubstep!

Big ups to everyone who's supported my music over the last few months, it would be hard to keep making it without that support!

Distance - Deleted Scenes from 2005 by Distance on Mixcloud

Feeling nostalgic, Distance has today uploaded a classic mix recorded all the way back in 2005 which features cuts from the likes of Skream, Toasty, D1 as well as some of his own earliest material. 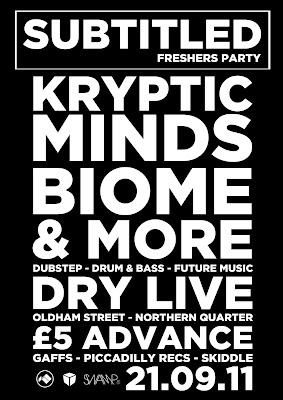 Subtitled is a new Manchester clubnight set to launch on the 21st of September with dubstep heavyweights Kryptic Minds receiving support from Subtitled resident Biome; and with their second lineup already confirmed for October, featuring DJ Madd headlining and District, Sleeper and Thelem all joining him to make their Manchester debuts, this is a night that we're backing.

Building their lineups by booking established artists alongside some of the scene's most exciting up-and-comers, Subtitled are looking to present the finest talents in bass music and to bring plenty of fresh debutantes to the city.

We've linked up with the guys behind the night to run a competition to win a pair of tickets to their opening night (see the flyer above or click here for further information) by simply answering the following question:


How many releases have there been, to date, on Kryptic Minds' label, Osiris Music?


Send your answers by email to hedmuk@gmail.com and a winner will be randomly selected and notified on the closing date of the competition, which will be the 19th of September.