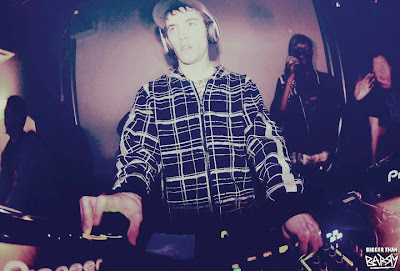 With an eclectic production repertoire spanning a range of styles within bass music, Manchester's Dom Hz has consistently delivered tunes of real depth, variety and originality. His releases are a testament to his range: 'Don't Stop', out on Subdepth Records, is a dark, thumping, roller; Dub Discipline and Dub Trippin' - both collaborations with fellow Mancunian Synkro - are dubbed out tracks reminiscent of the War series output; and the three track Mist EP has a summery, ambient and altogether more soulful vibe. We caught up with Dom to discuss his tunes and influences as well as his regular Rood FM slot and to hear his take on the Manchester bass music scene. Dom has also contributed to our mix series showcasing an array of dubs and forthcoming releases as well as some new, unfinished bits.

Hedmuk: Just as an introduction , what’s your name, where are you from and how would you describe your sound?

Dom Hz: Hi. My name's Dom, I Produce under the name 'Dom Hz' and I'm from Manchester. Describing my sound is tricky as I make tracks according to my mood and influences around me at the time; I think most people would place my material under the dubstep/2 step genre, but I prefer 'Bass Music'

H: How did you get in to making beats?

D: I played keyboard from a young age, when I was 15 I started writing lyrics to drum'n'bass and hosting in small nights in Manchester; at 16 I started a music course at Mancat College and learned Cubase and Reason. It was then I realised I wanted to make beats. 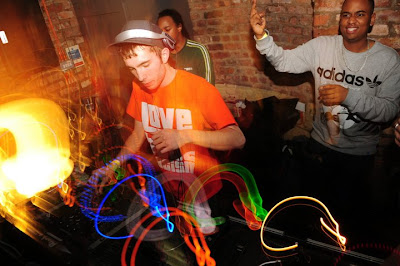 H: What, in your opinion is your best beat to date? Why?

D:. Tricky question... If I had to say one in particular, probably 'Without You'. Its a mellow, downtempo dubstep track with warm rhodes and a nice vocal sample. I played live piano riffs on top and really got stuck in with the percussion. I was very happy with the overall sound of the track: I learned a lot of new tricks whilst in this project. It was released on the flipside of my 'Mist EP' 12" on Open Earz and later selected by Joe Muggs to go on a 'Ministry of Sound' compilation CD: good times!
H: You don’t seem to limit yourself stylistically to one genre; can the same be said for your influences? Who influences you?

D: Yeah definitely, I listen to loads of different music, otherwise I get bored! I get inspiration from everywhere, if I was to mention names from the styles that I make I would have to say artists like MJ Cole, Todd Edwards, Commix, Lomax, RSD, Ruckspin, Roska and too many more to mention. Also, a lot of my friends such as Synkro, Biome, Indigo, Shadowfax, Sparks and loads more.

H: Your beat repertoire contains a number of different styles; Garage, 2 Step, Dubstep, DnB and Funky. Do you personally make any attempt to define the music you make into genres? Or do you prefer to see the boundaries between different styles of Bass music as more fluid?

D: Yes and no. I make sort of whatever comes out at the time, but I do try to stick to certain genre techniques, structures and tempos mainly for dancefloor and mixing purposes. I do try to switch things up to keep it exciting, for example most of my 2 steppy stuff will at some point have a half time section etc.

H: How did you get involved with Rood FM?

D: Ah, Rood FM. That's a whole lot of fun! Basically, 'Fish' (the geeza who runs it) sent me an email in December asking if I fancied a slot, it just so happens that I was actually thinking about doing a radio/podcast thing at the time. It's just starting up, but the website is very professional and the sound quality is very high. I play it weekly from my friend and fellow DJ/producer, Holden's house. He's got a great setup with Pioneers and a strong internet connection. Basically we have a bit of fun with it: lots of jokes in the shoutbox etc. I've been told we are fun to listen to!

H: Do you view yourself most strongly as a DJ or Producer?

D: I think my DJ skills are pretty average, I can beatmatch 2 tracks pretty well, but I'm no good with party tricks like scratching and beat jugglin'. I don't think I'd get booked to DJ without producing and releasing music. So I'm probably a better producer.

H: You’ve long been involved in the Manchester Bass scene alongside the likes of Synkro, Biome and Chimpo, amongst others. How do feel this scene has developed? And is it a fast-paced scene – are new producers, styles, influences always entering entering the fray?

D: I always think that Manchester seems to not get as much attention as it deserves in our genres. But obviously guys like Synkro and Indigo are definitely breaking the mould in a big way. Chimpo's tunes and remixes are too much, as for Biome, well his new stuff is the best music I've heard since Noisia! Newer producers like Shadowfax and Sparks will soon be doing big things in my opinion. The future's definitely looking better for the Manchester artists that I know and I'm sure there are many more that I'm not aware of. 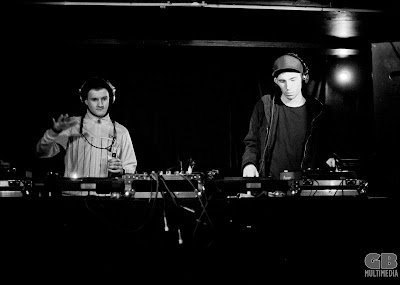 H: Were you trying to get at anything in particular with this mix with your selection and blends?

D: When I do mixes I tend to just play what I'm feeling at the time. Although there are a couple of my unfinished bits at the start of the mix that show where I'm moving towards. Everything in this mix is a real personal favourite of mine at the moment.

H: Just to finish off, any forthcomings or plans in the pipe-line you would like to share?

D: Loads: quite a few releases lined up, next one I think is forthcoming on Subdepth, 'Hollow', quite a jump-up style release. I will be carrying on my show on Rood every Wednesday, gigging wherever I can, and I'm very much looking forward to playing at Outlook Festival in September.

You can catch Dom Hz with Holden, every Wednesday 6-8 PM on Rood Fm.

Look At Yourself - Synkro - [FORTHCOMING MINDSET]