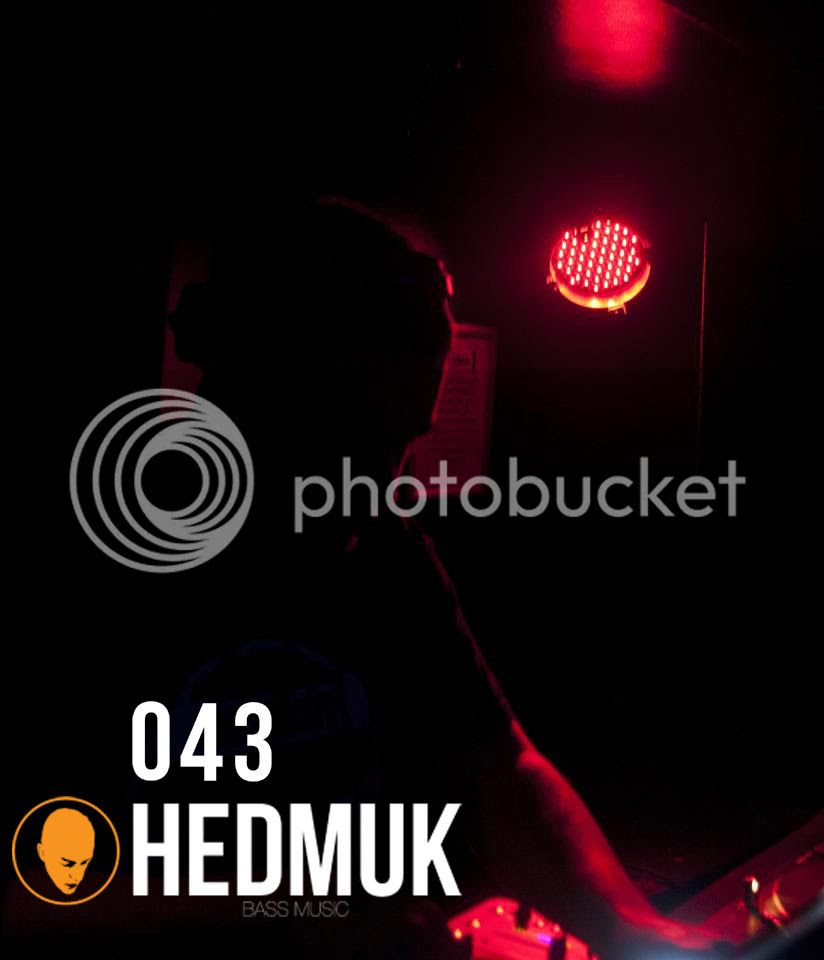 This one has been a long time coming: when we first featured District way back in March of 2011 there was talk of doing a joint feature and including his regular production partner Sleeper too, but since both producers were delivering plenty of material as solo artists the decision was made to take them as individuals; and so, over a year and a half later, is, if you like, the 'second half' to what is a very impressive whole. Sleeper has spent the last year or so establishing himself as one of the most consistent go-to producers within dubstep, but has not used this as an excuse to rest on his laurels and continues to challenge himself both in terms of creative direction and production technique. But before the interview and exclusive mix, Sleeper - now well known for his generosity when it comes to giving music away - is offering up his track 'Shook' for free download: a good introduction to where his sound is right now, with twisted Reese basslines being draped over driving dub-techno hybrid drums and all swamped with dark atmospherics.

Hedmuk: To introduce yourself, what's your name, where do you hail from, and how would you describe your sound?

Sleeper: My name is Alex and unfortunately I come from Coventry (laughs). I've been writing what I would describe as deep, dark, bass-heavy electronic music for a little while now.

H: Would you describe yourself as being from a musical background? What was it that got you into making beats, in particular dubstep?

S: Yeah, I've been into music for as long as I can remember: I got some turntables when I was 14 and started playing House and Techno while everyone else at school was into Garage. When I left school I got into Jungle and Drum & Bass and stopped buying Techno records and started collecting stuff from labels like Metalheadz/Reinforced/Soul:r/Commercial Suicide/Bassbin. I think it was Jungle that really got me interested in how music is made, I was always amazed by the creativity in the drum work - especially guys like Photek, those guys really took the concept of drum editing to a new level.

At the time I had no idea at all how I would go about creating the sounds I was into, so I found a six month course on sound engineering started messing around on Cubase. The only thing I knew was how to import a sample and move it around, so all I could do was build loops. It took me a while to really get into it as I didn't have a computer of my own, but when I moved up to Leeds I got a PC and a few cracks and taught myself how to make beats. I started off making Jungle and Drum & Bass because that's what I was really into at the time, but began to play around at 140bpm after going to some of the early DMZ/Exodus nights at Leeds West Indian Centre. Those nights were a massive influence on my sound.

H: This last year has been a big one for you: have you come to terms yet with how fast you've progressed from being relatively unknown to becoming almost a household name within dubstep? And have you felt under more pressure to deliver music, and to keep developing your sound and techniques?

S: Well I don't know about household name, but it's been really cool to find out more and more people are listening to my stuff over the last year. Sometimes it's easy to forget that there are people actually listening. Up until now I've just been used to making a few tunes and showing some friends.

I've never felt under pressure to deliver though. I write a lot and always have bits tucked away so there's never that feeling of not having anything new to play. Also, developing my sound and techniques has always seemed like a natural thing so I never feel like I'm not learning anything or [not] moving forward. Over the past year I have learned a lot about how to use my time effectively and how to be as productive as possible, which means I'm always happy writing and never feel a sense of pressure.

H: You've recently been making tunes with a notable techno influence, as well as some straight-up techno: do you feel that it's important to experiment with different sounds and influences? Do you feel that what influences you most strongly has been changing over the last year?

S: Yeah for sure, I'm really enjoying making Techno stuff at the moment,.I've been on it properly for a good few months now and I'm pretty happy with some of my newer stuff, but it feels like I'm still finding my sound at that tempo. I'm not sure if it would be important for other producers to experiment with different sounds but I have found it to be really beneficial. When you approach a new genre, with little or no experience in making that style, you are kind of forced out of your comfort zone a little. You have to try new ways of working and learn new techniques in order to get a different result. But that may not be important to everyone.

As far as influences go, it's always changing. Last year I was feeling a lot more Dubstep and really dark Drum & Bass stuff like Limewax and Current Value, but this year I have been listening to a lot more Techno and Neurofunk/Techy Drum & Bass like the stuff Noisia, Neosignal and all those guys are making; but I'm not sure if that is to do with there being less and less Dubstep that I'm into or more Techno/Drum & Bass.

H: You've very much been welcomed into the Chestplate family over the last year: how much would you say you've benefited artistically from having such close ties with experienced and foundational producers/DJs like Distance and Cyrus?

S: Being involved in with Chestplate this year has been great: I couldn't ask for more. I've listened to both Cyrus and Distance for years so it's a pleasure to work alongside them, although I'm not sure how much I have benefited artistically. At times it feels like District and myself are kind of tucked away from the rest of the scene here in Coventry, so it's not like we are heavily influenced by anyone else in an artistic sense. I think any artistic or creative progress I have made has just been down to wanting to learn more and evolve my sound.

H: Having both released individually on Chestplate, you shared a release with District: did this feel quite fitting since you seem to have been associated with one another from the moment you broke onto the scene? Are you still working on tunes together regularly?

S: We had been working on stuff together for quite a while and built up a pretty big stack of tunes so it made sense to try and sort something out and luckily Distance was into it. The release seemed to be pretty well received too, even though we fully hate on the tunes now.
We've been mostly working on our solo stuff this year, for various reasons we have had less time to get in the studio together and get bits done but we do have a few things coming together at the minute. I even got the grumpy old metal head on a Techno bit too (laughs).

H: When we first featured District early last year we spoke about a new generation of producers and a renewed energy within the darker side of dubstep; would you say that things are still as fresh and exciting in this sound now as they were when you were first getting plays from Distance and Youngsta on Rinse?

S: I'm not too sure. Around that time it was definitely more exciting in terms of new producers popping up representing the darker sounds, whereas now it seems a little saturated with a lot of new guys making exactly the same tunes; but that's not such a bad thing: it always takes a while for producers to find their own sound and for genres to progress and split. It feels to me like the deeper, darker side of Dubstep is still developing as a whole. I'm certainly noticing improvements from both established artists and guys who some might consider to be newcomers this year, both in terms of creativity, technique and overall production quality. I think the next few years is going to be interesting for sure though, I'm pretty certain that the deep, dark side of Dubstep hasn't peaked yet.

S: It's just a bunch of tunes that I feel represents the deep, dark sound I'm trying to push. I've really tried make an effort to build more energy in my music this year and I think the tracks I have used in this mix shows that deep and dark music doesn't have to always be spacious and minimal: it can be for the dance floor too.

S: I have a release with Osiris due out in January, which is a track I made with District a little while ago now called 'The Risk', and a solo bit, 'Dark Mutations', on the flip. Other than that I have nothing else to reveal just yet but you can expect more releases from me in 2013 for sure.
I'm also looking to record a mix with all my Techno stuff from the last couple of months, so watch out for that online around Christmas day.

Also just want to say a big thank you to everyone who has supported my releases so far, to everyone who comes and says hello and had nice things to say at the end of my sets and to everyone who listens to my music online and spreads the word: you lot are all sick!