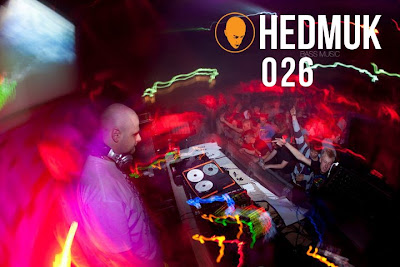 With the notable and relatively recent rise in popularity for the deeper end of the dubstep spectrum has come, of course, an increased demand for quality releases. With a small number of labels, such as Box Clever, MindStep and Deep Medi, currently working hard to meet these ever-increasing demands it seems that the time is ripe for a new, fresh label to join the ranks. With this comes the resurgence of Macabre Unit, a name that many will know for their influence in the grime scene some years ago. Headed up once more by Demon and this time coming back from a different, almost darker angle the label is set to hit a balance between digital and vinyl output that has been hard to master for many labels over recent years. We caught up with the man behind it all to find out a bit more about this new venture and managed to squeeze a free beat out of him as a little extra accompaniment to his addition to our exclusive mix series.

Hedmuk: To introduce yourself, what's your name, where do you come from and what is your label M.U.D all about?
Demon / M.U.D: Hi, I'm Raff Di Renzo (aka Demon), I'm currently based in Buckinghamshire, UK and M.U.D (Macabre Unit Digital) is my own imprint which has been set up to push the darker sound of Dubstep and remind people where it's really at.

H: With confirmed releases already from D-Cult, Biome, Versa and Catacombs the label is representing a fairly specific sound: how do you go about selecting tunes/artists to sign?
D/M: The music that I'm surrounded by right now is exactly the kind of stuff I've been in tune with for some years, having our two radio shows on Sub & Rood FM is a great way to test tracks out and get opinions and feedback for the artist, and I'm very broad minded when it comes to listening to tracks for playing on the radio: if I like it, I'll play it. However with the imprint it's different, if a track seems to have a bit of me living in it (in my head) then it's got my attention; I have a specific sound that attracts me and you can hear that in the tracks that are signed already and the mix that I've compiled for you guys. I think anyone who is running a label will tell you it's rare you 'um and ahh' about tracks to sign: it's an instant thing. As for signing artists, I don't really believe in it: being an artist myself I know how important it is for you to have the freedom to explore all avenues, and I'd feel like someone's dad if I signed them and they'd be hanging off my every word...I cant be arsed with that (laughs). Signing tracks and having a good ongoing business relationship with anyone involved with M.U.D is what it's about for me.

H: Do you find it difficult balancing your commitments as a DJ, producer and label owner? Which would you consider yourself most strongly to be?
D/M: I find that all three of them coincide with each other: I DJ to promote the music I produce and sign and then I have the label which is the outlet for that material. I'd say, though, first and foremost I am a producer: that’s where the fire burns for me. 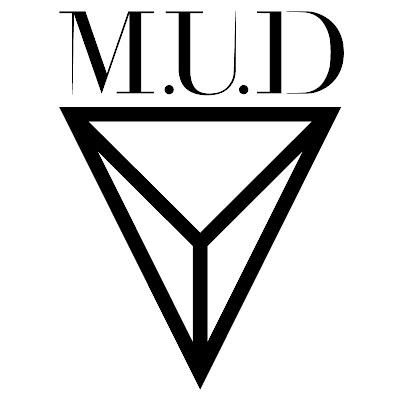 H: Many will know of Macabre Unit as a grime crew from Bedford: what became of this side of the collective, and will M.U.D be in any way connected to it?
D/M: The Unit as a grime collective broke down as life tookover, being a huge team and being so young we were always going to lose people along the way. We were all very young and we didn’t have a clue what life had in store for us, the whole grime thing was a blur to me (laughs), I didn’t even realise how big we were until it all blew over, if that makes sense. At times I look back now and I feel we didn’t embrace it enough, didn’t get the maximum out of what we had going on, but you know everything happens the way it happens for a reason: I probably wouldn’t be sitting here now writing this if it didn’t go how it did.

M.U.D is almost like a new turning of the leaf for the Unit musically , but we will always be known for our grime days, and people are right in expecting me to have MCs spraying bars for me over sets. And yeah, half-way through a dirty dubstep set, I'll switch to ‘Dem Na Ready’ or ‘Shootin' Stars’. I'd be crazy not to...

H: Take us through how you went about putting together the mix you've recorded for us.

D/M: I think as soon as we agreed I'd do this feature I already knew what artists I was gonna feature; all of these artists (excluding myself, 'cause I don’t want to sound like I'm blowing my own horn) are in their prime at the moment and they have so much material, but I chose the tracks that represent the sound that truly makes me tick.


H: Finally, is there anything forthcoming or in the pipeline that you'd like to put the word out on?
D/M: Yeah there is, of course there is: two M.U.D releases dropping together on the same day on the 17th of October (those releases consisting of D-Cult/Biome/Versa) we also have our Sub FM & Rood FM ICU & Macabre Unit shows that we do every other two week. There are a few other things in the pipeline, but they're a tad too far down the pipe to really mention right now...

Last of all, I would like to dedicate this feature & mix to my friend and fellow original Macabre Unit producer Fabio Cataldo, aka Blaze, who passed away very recently: you will never be forgotten, this one's for you bruv, all my love and rest in peace x.