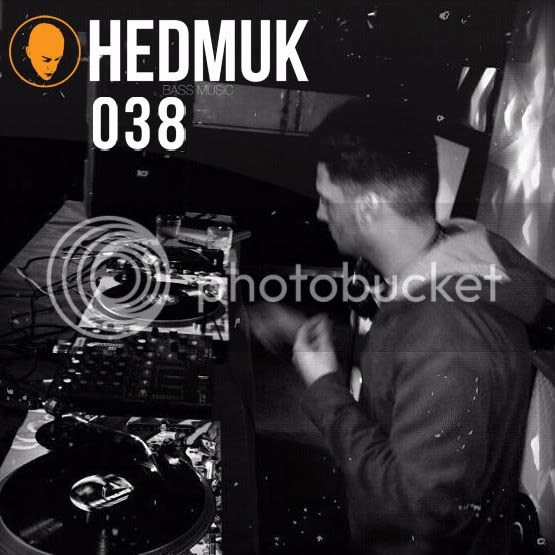 Mary Anne Hobbs once said there must be something in the water in Bristol, as there was no other apparent explanation for the seemingly endless stream of talent bubbling out of the city. Whatever it was that was enhancing the River Avon then must, we have to speculate, have also made it's way down the Trent to Nottingham, such is the wealth of inspiration that seems to be decorating the city currently. Fable is one of a number, and impressive variety, of producers hailing from the area who are gathering a momentum which is firmly cementing a credible position for Nottingham on the UK's musical map. Fable makes music which wears its influences proudly, but without an awkward hybridity: influence is adopted as an extra element, something which adds character to a core element of warm sub-bass and tight-rope percussion rather than being a fence-post from which the tune hangs like some sort of single lost glove. Ultimately the key is a resulting originality and this is something which Fable, along with the rest of his Notts cohorts, are constantly striving towards and, more and more, achieving with clarity. With this in mind, it was only right to invite him for a chat and to contribute the latest in our mix series.


Hedmuk: As an introduction, what's your name, where are you from and how would you describe your sound?

Fable: Hello, I'm Fable and I'm from Nottingham, UK and I produce dubstep music. My beats hold a range of influences; they mainly consist of raw percussion, rolling subs and anything else over them two things that I think sound good.

H: You've been producing for around seven years now, and started at an early age: what was it that lead you towards producing in particular? Would you say that you're from a musical background?

F: Well I have an older brother who used to listen to a mix between garage and hip-hop, so I was always around that sort of music growing up. I really got into hip-hop and wanted to start making beats but didn't have a clue how, and I remember my Uncle gave me this music magazine which came with a free copy of Ejay. So it started from there, sequencing ready-made hip-hop loops. Then I wanted to progress on to something more challenging, so my mum bought me Fruity Loops for my 14th birthday - and from there I took producing beats more seriously.

I wouldn't say I'm from a very musical background at all, my mum had loads of 70's records that she bought in her teen years and my brother had a load of Michael Jackson cassettes, but that's about it.


H: Having produced a wide variety of styles in the past, is this something that you continue to do? Or has your approach to production become more focussed?


F: Yeah I'm definitely going to continue to write different styles of beats - I have too many influences and icons to stick to one style. It depends what mixes I'm listening to and which producers are pushing boundaries, which then inspire and influence my input to be more creative.

H: You've recently seen a couple of releases come out on Redshift-One; how did this come about? The first of these was a vinyl only release, is this something that you generally consider important when deciding to go ahead with a release?

F: Tallan, who runs Redshift-One, got in touch with me and we started sending each other loads of beats and I guess it went from there. He originally wanted to sign some of my older material but I lost a lot of my original session files because my PC broke down. So I made 'Bad Circles' and sent it to him and straight away he wanted to sign that. Then recently I made a track called 'Roots' and Tallan really wanted to sign that for the second Redshift-One release, which is a digital compilation featuring tracks from myself, Congi, Gantz, Subreachers and more.

Yeah to me vinyl is important because it was the first format that I started independently buying music on, so to have my own music released on vinyl is like a dream come true!

H: Nottingham seems to be a very healthy place for music at the moment, with lots of people working hard to push the city's homegrown talent: what's your view on this? Do you feel, being from Nottingham, like a part of something that is positive and progressive?

F: I agree with you -  at the moment there's lots of producers working together and showing each other support which I think is important and what dubstep is about. A great thing about Nottingham is the amount of local support people show you; sometimes I don't realise how many people actually listen to and appreciate my music.

For such a small place, Nottingham is definitely a progressive city with a lot of positive input and great potential to go further.

H: You're also a member of PlayNoGames (PNG); tell us a bit about the thinking behind the collective, who else is involved and the music that you release under the PNG title.

F: PNG is like my music family: Solero, Congi, Neon and our host MC, Pubman. We started working together around 2010. Between us we have so many influences, and therefore try and push and represent all elements of dubstep music. We've been putting out free music for a while now and have received some great support, locally and world-wide. You can download all our free EP's here.

H: How did you go about putting together the mix you've recorded for us?

F: For the mix I've recorded I wanted to include some exclusive music as well as released stuff too, so there's a couple unheard dubplates in there as well as some old favourites. I think it's an enjoyable mix and includes a good variety.

F: For now, I'm sitting on a lot of music. I've been spending a lot of time in the studio with my boys Congi too, so keep an ear out for some music from us.