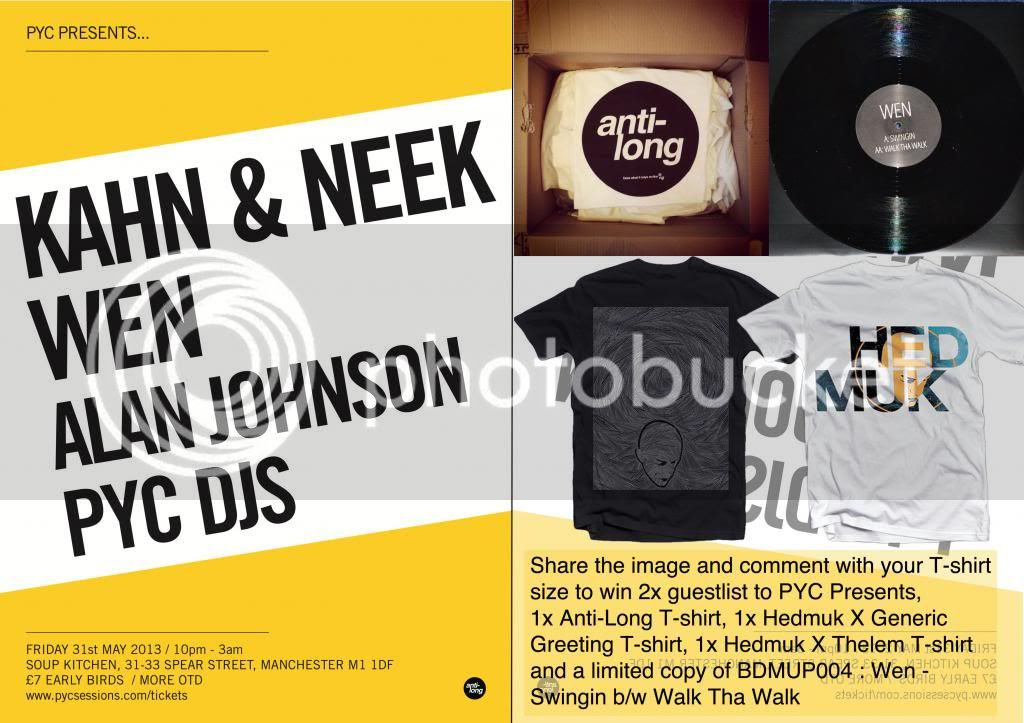 Friday the 31st of May sees our friends over at PYC Sessions bringing Kahn & Neek, Wen and Alan Johnson to the Soup Kitchen basement for their biggest party yet. The night will see both Kahn & Neek and Wen making their Manchester debuts, as well as an introduction to new talent Alan Johnson (and that PYC have a strong history of introducing new talent is hardly a secret to anyone) and support from the PYC crew themselves.

In light of this, we're offering the chance to win two spots on the guestlist for the night as well as three T-shirts (with designs from Anti-Long, Thelem and Generic Greeting) and a limited vinyl copy of Wen's latest release on Badimup, Swingin b/w Walk Tha Walk. To be in with a chance of winning all of this, simply head over to the Hedmuk Facebook Page and publicly share this photo, leaving a comment on the image as to what size of T-shirt you'd like to receive should you win.

The competition will close on Wednesday the 29th of May, on which date a winner will be selected at random by an independent third party and announced via Facebook and Twitter.

For more information on the event, including how to purchase tickets in advance, head over to the event page here.