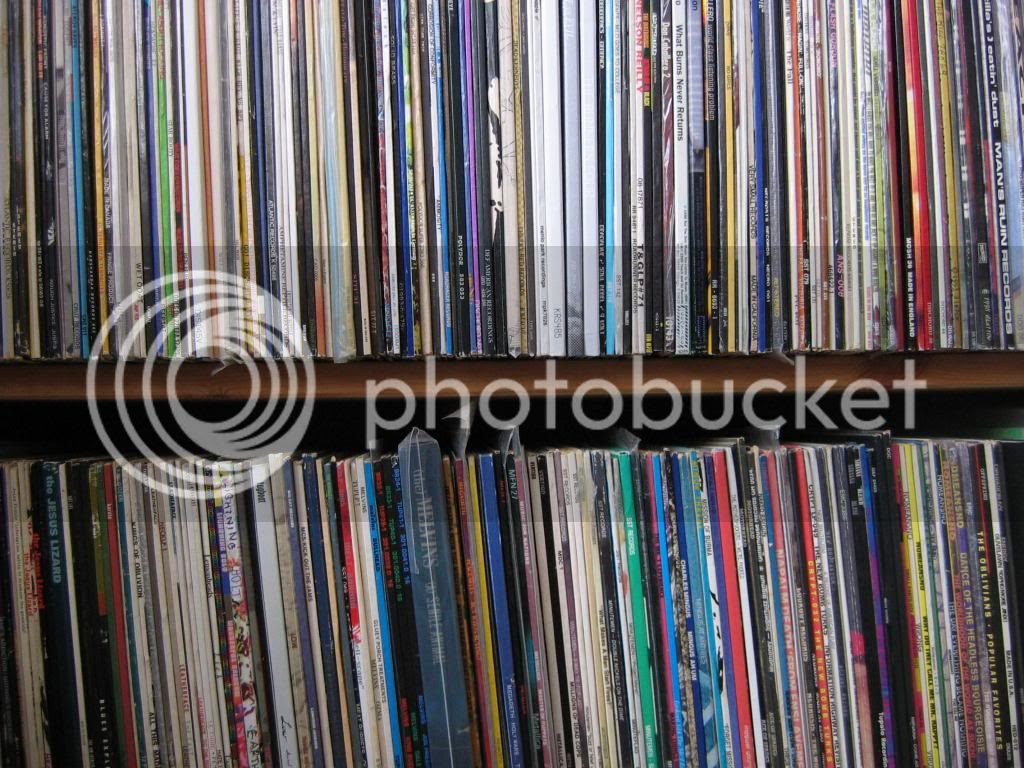 It's end of year list season, and though the feature has never cemented itself as a regular one on these pages - in fact, it's only been done once before this - in a year of such notable transition as that just passed, it seems a run through of some of the defining releases of the last twelve months might serve as an opportunity to take stock. Of course, since the list will reflect its own themes, there isn't much to add other than a note for those tunes that will inevitably have slipped the mind, and those others which only just slipped the net. So, in no particular order - because, frankly, there's nothing in it - here are our top 13 tunes, and 5 of our favourite free downloads, for 2013. Enjoi:

Tessela - Horizon [R&S]
One of the year's most consistent producers, any one of Tessela's releases - remixes included - could have appeared here. His masterful judgement of stop-start rhythms has set him apart, and left more than a few dancefloors wide-eyed too.

Boofy - Since When [Bandulu]
Tight sampling, sharp drums and a bass lick that'll make you screw your face up. Grime in its purest form: demands a reload.

Karma - How Ya Feel [System]
Those who've been following the blog for more than a few years will say that Karma has been long overdue some vinyl with his name on it. This was as good a way as any to end the wait.

Wayfarer - Reflections (feat. Animai) [Uprise Audio]
The word "anthem" is an easy one to throw haphazard into a press release, but there are few better ways to describe this arms-to-the-sky number from Wayfarer.

Etch - Scattah [Keysound]
Blew out the booth monitors on its first airing at Fabric. Enough said?

Commodo - $pace Cash [Deep Medi Musik]
You'd be hard-pressed to name a tune released this year with as much effortless swagger as '$pace Cash'; Commodo proving himself incomparable all over again.

Taiko - Spray Can [Uprise Audio]
It's all about the drums in this one: while some producers have spent their time chopping breaks and fills, Taiko just makes his own.

Wen - Commotion [Keysound]
The tune that set the stall out and sent a whole wave of new producers trailing, for better or worse, through grime sets and DVDs searching for soundbites. The key here, though, is that Dot Rotten's cameo isn't what makes the tune stand up: it can do that all by itself.

Alex Coulton - Too Much Talk [92 Points]
Simplicity reigns: one of the year's most infectious beats,

Killjoy - Memories [Tumble Audio]
The extraordinarily prolific backbone to one of the UK's most exciting new labels, Killjoy's second release for Tumble Audio is tough and fun in equal measure.

Dubkasm - Victory [Sufferah's Choice]
Dubplate exclusive to Dubkasm and Aba Shanti-I before going on sale and selling out two presses in a matter of hours - a third is said to be on the way - it's safe to say that this one has captured its audience fairly successfully.

Youngstar - Pulse X (Blackwax Remix) [Liminal Sounds]
A tune that, in many ways, sums up the year quite nicely: a touch of grime nostalgia, an elastic garage bassline and a healthy dose of breaks all bent into something which somehow manages to sound like none of its parts. Free downloads are now a staple of any modern day music scene, but the price - or lack thereof - needn't reflect the quality: here are five of the best from 2013.

Dark0 - Violate [Download here]
A highlight of the 'Zero' mixtape, this is grime with its sights on the headtop.

Geode - Pistachio [Download here]
A late but more than worthy entry, this one swings and grooves like its going out of fashion.

Hugo Massien - Mystik [Download here]
A few name alterations later and Hugo Massien still comes with it slick as ever.

Sepia - If We Could Only See Us Now [Download here]
First hitting the Hedmuk radar in late 2012, a producer whose sound has only grown since and is set to take 2014 by the horns: you actually did hear it here first.