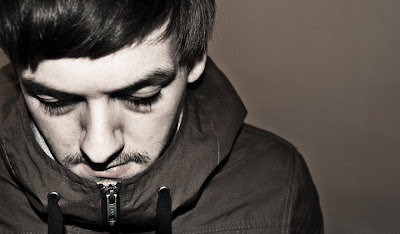 There is, of recent, a renewed momentum within the Dubstep scene; more specifically, a new wave of producers, pushing the dark, brooding, sub-heavy sound that many would associate with the likes of Kryptic Minds, Cyrus, or Distance have come to the fore. This should not be mistaken for simple imitation, producers such as TMSV, Lurka, Killa & Instinct, J: Kenzo, Pressa, Thelem, Benton, Myrkur and Sleeper, are all making tunes of startling originality and quality. District's production, dank and bass-driven, fits comfortably with this crowd of beat makers gaining increased exposure. Following sustained support from the likes of Distance and more recently Youngsta, we caught up with District to discuss his influences, future projects and to get his take on the state of the scene. In addition, District has laid down a heavy mix, packed full of dubs, as part of our mix series. Enjoi:

HEDMUK: To introduce yourself to those who don't know you yet: what's your name, where are you from and how would you describe the beats you make?

District: Hi, my names Dan. I'm from Coventry, England and I produce beats under the alias 'District'. I'd describe the sound I aim for as dark and bass heavy.

H: Are you from a musical background or was it something you picked up yourself?

D: I've played guitar since I was about 9 years old, from the age of about 18 - 23 I was playing in bands, death metal, hardcore punk, that kind of stuff. Rad times....

H: Where do you draw your influences from?

D: Loads of things. Music wise, quite a lot of drum and bass, techno, jungle, all that autonomic stuff, metal, hardcore, I'd definitely say that now I’m not in a band I’ve tried to sneak little hints of that in my tunes. I've always been fascinated with movie concepts and things like that, it’s probably a cliché to say this as an electronic artist but Vangelis' soundtrack to Blade Runner is what made me want to get involved with synths and stuff. A lot of 80's horror and sci fi movies, even some of the worst movies of that decade seem to have more character than anything that’s come out in the last ten years or so. I’m probably being a bit more dismissive here. anything to do with Stephen King, Clive Barker, John Carpenter anything that Tom Savini has played a part in, anything to do with those guys are full of atmosphere and creativity. They didn't have computers to rely on.

H: When did you start making beats?

D: I went to college about 5 years ago to learn how to record bands and stuff, I met sleeper on the same course and he showed some drum and bass he was making at the time on the same software we were using to record. I've been mucking around for a few years but only really started taking it a bit more seriously a year ago when I stopped playing in bands. '3.5 grams' was the first tune I finished that I was happy with and could be classed as dubstep.

H: Tell us a bit more about you relationship with Sleeper. Do you see yourself as a production duo or do you prefer to define yourselves individually?

D: As mentioned in the other answer I've known him for a little while. When I started getting a bit more confident with the sounds I was making he was the first person I sent anything to. We've been collaborating on a few different things for the last year or so, different tempos etc. I think we both have strengths as individual producers; he's been producing a lot longer than me so when we combine we try to play on each others different strengths. Even on individual tracks we send each over the tunes for feedback etc.

Oh, and playing Trials HD while one of us works on individual parts of the tune. It might seem a bit backward playing the Xbox while collaborating but switching off for 20 minutes or so while one person works on the track helps us keep the track fresh in the ears. If we were both hovering over the pc all day both our ears would get knackered.

H: Youngsta has been playing a few of your beats recently. What does it mean for you to have someone as influential as Yunx listening to and playing out your tunes?

D: Yeah it's big. Both of us are big fans of Youngsta and the sound he pushes. The exposure has definitely helped us out a lot and continues to do so. I'd have to credit Distance as well though for playing the beats out first, he found us and introduced our tunes on to Youngsta as well as a lot of other people. 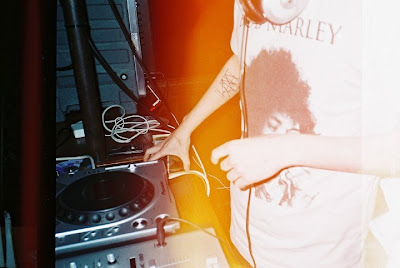 H: Has any increased exposure helped develop your production? Any tips from other producers/DJ’s ?

D: For sure, the last few months in particular I think have been fruitful. Distance, Tunnidge, Cyrus and Youngsta have given Sleeper and Myself pointers. Not just from a production aspect either. Hopefully that’s visible on some of the newer tracks that feature on the mix. The learning curve keeps production interesting for me as well as a challenge. There's a definite science to producing this kind of music, I don’t mind admitting I still have a lot to learn.

H: There is a new generation of producers gaining increased exposure within the Dubstep scene with the likes of Lurka, Killa and Instinct, TMSV, J: Kenzo, Benton, Sleeper and yourself all leaving lasting impressions of recent. Do you feel there is a renewed energy? What does it mean for you to be part of it?

D: It’s awesome. Every single producer mentioned there has a distinct sound and character to their beats, and that’s important. Without speaking directly for the others, there seems to be a slight push against some of the music that’s been put forward as dubstep over the last couple of years as its popularity has increased. I wouldn't want to discredit anybody else’s work or say it’s not dubstep. Right now it’s about being positive about the sounds everyone is pushing, and focusing on that. Its sick how many different people have started to creep out over the last 18 months or so with the same attitudes and enthusiasm for the darker sounds.

D: Well, it’s just the sort of tunes I feel as a producer I want to represent, there's a lot of stuff from myself and Sleeper as well as a few other producers. It’s not too far from what I’d play out in a club environment. Hopefully people will enjoy it and can hear where I'm coming from.

H: Finally, any news, future projects or releases in the pipe-line?

D: I've got a few things on the go, I’m in the middle of finishing off the first few collaborations of mine with sleeper, a four way thing with myself, Sleeper and Killa and Instinct that I’m looking forward to as well as individual tunes. Release-wise, there are some things in the pipeline but that’s all I’ve got to say at the moment on that subject...