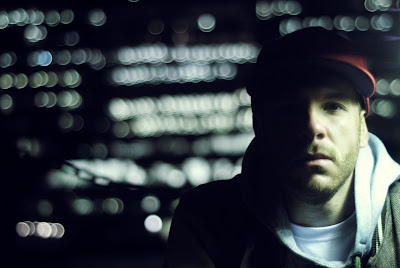 Through acute attention to detail and with precision bordering on perfectionism when it comes to creating and layering sounds, Thelem's tunes are a showcase of balance and a sense of control. Making sub-heavy music, but without overdoing the sub, he may be included in the new breed of producers who are more audibly influenced by the spacious sounds of early-noughties producers such as Cyrus, Loefah and D1. There is no nostalgic emulation, however, as subtle differences in basslines and a greater emphasis on percussion set this sound apart; a degree of respect for the eyes-down origins of Dubstep is prevalent here but, with that same sense of balance, remains progressive and forward-thinking. This is something furthered through Thelem's record label launched earlier this year, Orientis Records, which maintains a dedication to vinyl with its releases. We caught up the man himself and got him to lay down the latest installment in our exclusive mix series, which is another deep selection strewn with dubplates.

Hedmuk: For those who don't know, what's your name, where are you from and how would you describe your sound?

Thelem: Easy, my name's Matt aka Thelem and I am from the Hampshire area. I would describe my sound as the deeper and darker dungeon vibes.

H: Would you describe yourself as from a musical background, or is something that you have picked up yourself?

T: Well it’s quite a long story actually; I never came from a musical background but have always been the creative type. I don’t think I would have ever of got into music production if I hadn’t lived in a shared house with my mate Tom aka Risc Terilia. I was always into Hip Hop, Grime and a bit of D&B, but in 2006 when I moved in he showed me dubstep. I loved the sounds of Loefah as it was on a similar kind of tip to some hip-hop beats with the 808’s and that. From there I wanted to learn how to make beats, Tom and Coleco already being good producers taught me the basics in Fruity, I then moved onto Logic and it all developed form there really.

DRONES (CLIP)-ORTS002 12" by THELEM
H: What or who else do you take influence from when it comes to making beats?

T: Well I draw a lot of my inspiration from the earlier more original sounds of dubstep. Recently I have been getting more into sampling old sci-fi films, I have started to collect old sci-fi film soundtrack vinyl’s to find some more original sounds. Lately I have also been getting more into drum funk, taking a lot of inspiration from the producer Paradox, who to me is the master of atmospherics and drum work.

H: Your label, Orientis Records, has made a strong start this year with backing from influential names in the scene; what have you got planned for the label for the rest of the year?

T: For Orientis this year the main aim is to keep pushing it, making it more of an established label. I want to work more with the crew we got involved and release good music.

H: How important is it that all releases on the label are vinyl releases?

T: Well in my opinion I think that vinyl releases are important for the label. I believe that when you have a tune on vinyl it feels like you actually own the tune in a kind of physical way, rather than just having a digital copy sat on your computer. Without sounding arrogant or something, I think that pushing your label as a vinyl-orientated people tend too take it a little more seriously too. Saying all this though, I am aware times are changing and the digital format is increasingly getting more popular. So I think in the future we will be looking at doing some pure digital compilations with the artists involved, which will help to push and spread our sounds.

ILLUSIONS (CLIP) by THELEM
H: You play regularly on Rood FM; how did this come about and what sort of vibe do you try and achieve with your show?

T: My mate knew the guys who run Rood.fm and got me in contact with them, funnily enough they ended up living 2 minutes down the road from me. I messaged them about getting a set, explaining about Orientis and myself, it all went form there really. As for my show I want to push the sounds from the Orientis crew and my mates, I also like to play allot of older classics, which are sometimes forgotten about, or people are unaware of.

T: For this mix I wanted to keep it on an eyes-down vibe, showcasing some of the forthcoming Orientis tunes and a few of my own bits. Also adding in some tunes from producers I am really feeling and supporting at the moment.

H: Finally, is there anything forthcoming or in the pipeline that you want to put the word out about?

T: Well I am putting out a few of my tunes, forthcoming on ORTS002. Clips can be heard on my Soundcloud page or on the Orientis Soundcloud. The tune ‘Constrained’ featured in the mix is forthcoming on Mindstep Music. Would also like the opportunity to play out more, so if anyone's interested they can hit me up on djthelem@gmail.com. Big ups!